It’s currently 19 minutes past two and I am sitting in the kitchen at work with my laptop. I don’t seem to have any very pressing things to do so I thought I’d give you a quick update (with some pictures).

Snuggles finally seems to have got over his earlier catty-mental issues. He is now going outside to wee and, on the occasions he needs to, going in his litter tray. He is still scratching the furniture a bit but not half so much as he was doing. He’s also become a lot more snuggly lately and has spent a lot of time sitting with, or on, us. Which is nice.

Our little mini-break to Gingin went well. The first picture is of the “black hole”, at the Gravity Discovery Centre, in which the balls roll round and round until they reach the bottom. The second one is the boy playing with the gravity spring, which shows you how gravitational waves travel.

The park at Gingin was good, although I was a little worried about the sign in the grassland nearby!

Slightly more recently, I took the young ‘un to the park and he had a bit of a scoot around. We also played with the new football (Australian) that Nanna and Poppy Richard brought back from their holiday for him.

I got a new review on Amazon, which is sparing with its word count but extremely positive. I’m quite pleased about it.

The last picture is one that I’m sure will bring back lots of memories for you (it certainly does for me) of when you used to make cakes and would offer us the spatula/whisk when you were done. I can’t remember what this particular sweet was, as we’ve made a lot of cakes and things lately, but he really enjoyed it!

As mentioned on Skype, we went out for a Father’s Day breakfast on Sunday morning, to a little bookshop near the river that has a rather good café in it, I had a full breakfast, which was rather filling. We might try and take you there when you visit, if we have the time. We then went to the park nearby for a walk, and so he could play on the playground. Bob came over in the afternoon and then we watched a film, which we haven’t done for ages. It was a lovely day!

Gotta go now, soon be time to get back to work. 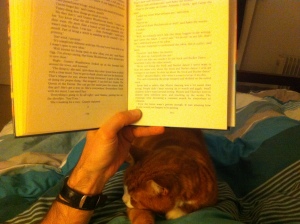 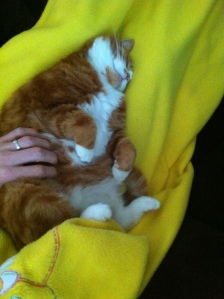 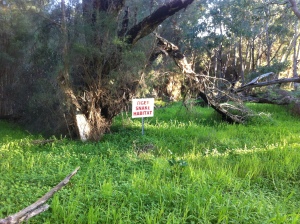 Near the Playground in Gingin 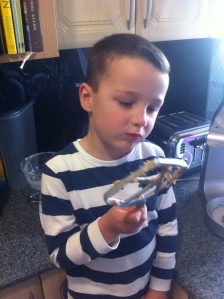 About to Lick the Whisk

One response to “At Work”